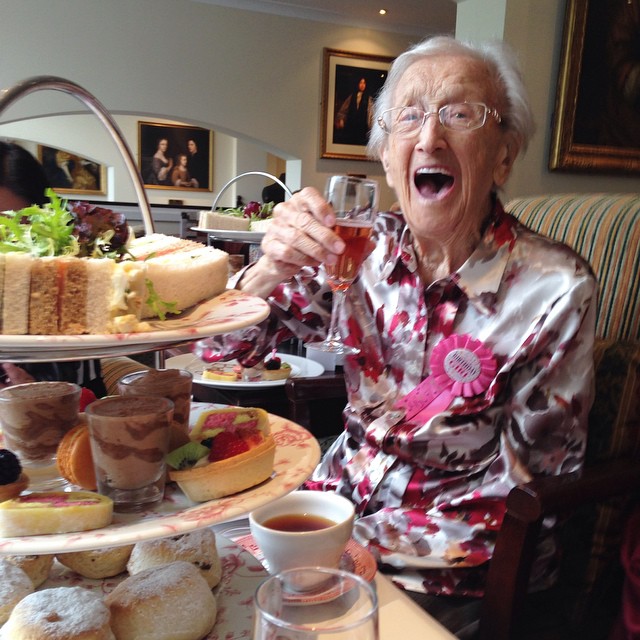 Fabulous at 60+: Why It’s Never Too Late To Dream Big

There have always been high achievers between 60 and 100 who crowned a career with their best-ever work or chose a whole new life and aced it.

As our life expectancy improves, it is only feasible that we use our retirement and new found ‘spare-time’ to chase those dreams and goals that can so easily get pushed aside in the daily rat race of your 30’s, 40’s and 50’s.

Still in need of some inspiration? Take a look at these ‘late-bloomers’ who are or have completely aced life in their ‘twilight years’.

Colonel Harland Sanders struggled as a businessman and restaurateur until he thought of selling franchises for his fried chicken brand KFC when he was 62.

Four cents per chicken made him rich.

Starting a business later in life can be a thrill or it can just be a change of rut.

Instead of driving himself into the ground as entrepreneurs often do Sanders sold up when he was 74 and took a salary to represent the brand as The Colonel, spending his days whiling around in that famous white suit.

A quiet retirement was the last thing on Sir Ranulph Fiennes mind. The adventurer ran a marathon at 71, and if that wasn’t enough he’s also run 156 miles across the sahara desert and climbed Everest at the age of 65.

Fiennes hasn’t had it easy either battling diabetes, heart surgery, frostbite and bereavement – proving you can achieve dizzying heights of success even if medical and family issues are against you!

She may have had a distinguished stage career before hitting her 60’s, but Dame Judi Dench‘s big blockbuster break came when she was catapulted in to the parallel universe of the movies playing to millions in the Bond films.

If you thought fashion favoured the youth think again. Coco Chanel ruled a fashion empire at 85. Dame Vivienne Westwood is still coming up trumps at 74 and the King of fashion Karl Lagerfeld reigns as head designer of Chanel at 82. Lagerfeld turned his life and image around at the age of 68, loosing 90lbs in the space of 1 year.

Albert Einstein said: “A person who has not made his greatest contribution to science before the age of 30 will never do so.”

But physicist Sir William Crookes invented the first instruments to study radioactivity when he was 68 – so there.

James Parkinson identified Parkinson’s disease at 62 and at 63 Polish countess Rosa Branicka helped to develop surgical techniques for breast cancer by operating – on herself.

Champion runner Fauja Singh, from Ilford, has a British Empire Medal and a telegram from the Queen.

At 100 his marathon time was a little over eight hours so he’s slowed down somewhat since he was 92 when he could do the 26 miles in five hours, 40 minutes.