Earlier this month The Mayor of Enfield, Christine Hamilton and MP for Enfield Southgate, Bambos Charalambous,  both flexed their limbo skills for the launch of our new social media based fundraising campaign, ‘Care To Limbo’.

Launched this October, with the help of local dignitaries  as well as celebrity sportsmen such as British track sprinter Dwain Chambers and QPR footballers, Care To Limbo is designed to help raise awareness and funds for four chosen charities; Alzheimer’s Society, Carers UK, Crisis and Macmillan Cancer Support.

A similar concept to the “ice bucket challenge”, Care To Limbo challenges people around the world to record themselves doing the limbo dance, and we have already seen people in France and Italy pick up the limbo gauntlet.  Participants film and share their limbo attempt on social media and encourage others to take part and donate to one of the four charities.

Ken Waterhouse, Managing Director of Home Care Preferred, who created and is spearheading the campaign, said: “It’s brilliant to see that the challenge has already taken off with celebrities, MPs, the local community and people all over Britain and abroad sharing their limbo dance videos. Our aim is to get the entire world to Care To Limbo. JK Rowling and Ruth Langsford are the latest celebrities to be challenged – let’s see if they can step up to the mark!

Mayor of Enfield, Councillor Christine Hamilton, said: “There was an excellent atmosphere at the fantastic launch of this unique and fun initiative. Not only does Care To Limbo encourage community spirit, it also allows people of all ages and abilities to get involved and work together for one main cause – to care for others by limboing.”

Bambos Charalambous, MP for Enfield, added: “The ‘M’ in limbo stands for Making a huge difference to the four amazing charities that the Care To Limbo challenge supports. In the future, we may need the help of these charities and so I believe it’s our duty to support them now. So, let’s do it – let’s Care To Limbo.”

The campaign has started political and celebrity interest alike with Health Secretary Jeremy Hunt pledging his support for our four chosen charities through a message aired at the launch party. The likes of Ed sheeran, Manchester United and Arsenal football clubs being dared to limbo next!

Ken concludes: “It’s really simple – the Care To Limbo team are challenging anyone that reads this to grab your phone, film your limbo dance and share it online with #CareToLimbo or @CareToLimbo. And don’t forget to nominate your friends and family, and tag them on social media, to do the same!” 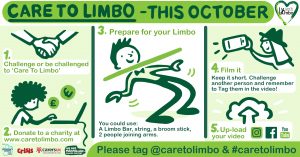 For more information or to make a donation, visit www.caretolimbo.com 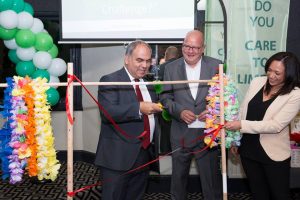 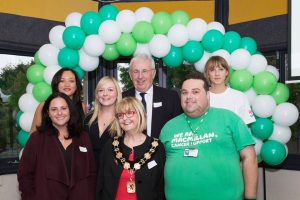 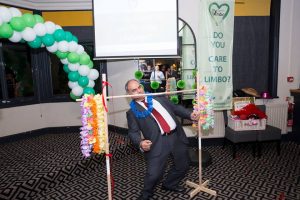 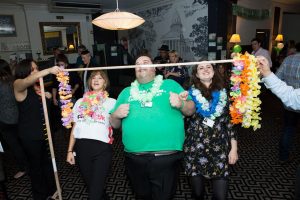 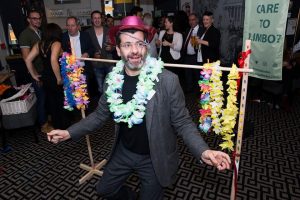 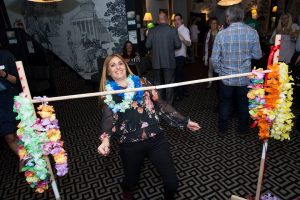 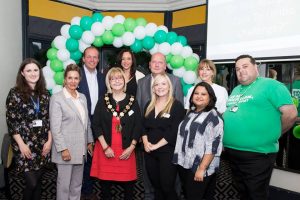