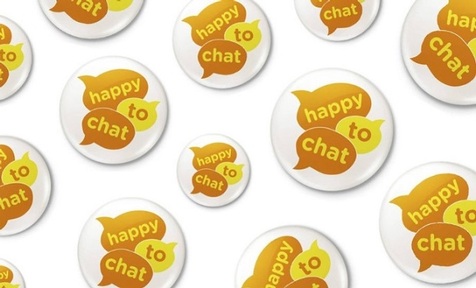 A commission to combat loneliness has been launched in memory of the British MP Jo Cox.

The Jo Cox Commission on Loneliness has been set up to ask people in 2017 to take action to tackle loneliness in the UK.

MPs, policy makers and organisations have come together to find ways to overcome loneliness felt by others, in the cross-party commission co-chaired by Conservative MP Seema Kennedy MP and Labour MP Rachel Reeves MP.

The commission’s website is encouraging people to get involved in volunteering and community activities across the UK and features links to voluntary work on the commission’s partner sites. 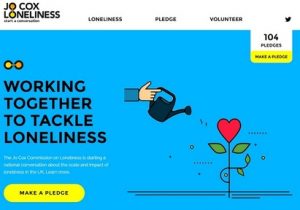 Jo Cox, the former Labour MP for Batley and Spen, started work on an independent commission in January 2016, to look at how to reduce loneliness and devised a plan to bring together loneliness campaigns, but she was unable to continue her work because she was killed outside her constituency office on 16 June 2016.

The mother of two died after being shot and stabbed in Birstall, West Yorkshire, shortly before she was due to hold a constituency surgery. Last November, 52-year-old local man Thomas Mair was found guilty of murder and other offences connected to her killing and was sentenced to life imprisonment.

The Commission’s website states: “Jo Cox’s life was marked by her compassion and by her passion. She worked tirelessly for a fairer, kinder and more tolerant world. And she believed passionately that even the greatest challenges could be overcome.”

The commission’s website is a call to action inviting all to do something different in their lives by pledging to start a conversation with a lonely person ‘to be part of the solution’. On the day of its launch, 104 pledges had been made.

To explain the motivation behind the commission, its website features Jo Cox’s words: “Young or old, loneliness doesn’t discriminate…it is something many of us could easily help with.

“Looking in on a neighbour, visiting an elderly relative or making that call or visit we’ve been promising to a friend we haven’t seen in a long time.”

A study by The Co-op and the British Red Cross reveals over nine million people in the UK across all adult ages – more than the population of London – are either always or often lonely.

Sophie Andrews, chief executive of the helpline for older people The Silver Line said: “In just over three years since we launched we have received over 1.2m calls – around 10,000 per week.

“In particular, we see spikes in the number of calls to the helpline during the night and weekends – accounting for around two thirds of callers – when these feelings can be intensified.

“Although loneliness cuts across all ages and backgrounds, older people in particular are more vulnerable since they are in the main less able to change their situation. This might be due to lack of transport, having a disability or lack of confidence which can quickly make their own front door become a barrier rather than a pathway to the outside world.” 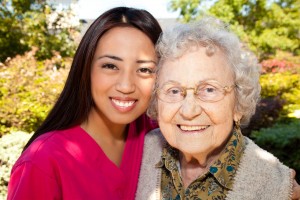 Home Care Preferred understands the emotional, mental and physical impact loneliness can have on individuals, particularly the elderly, and fully backs the campaign. We are passionate about putting companionship at the heart of our support, and even offer a bespoke companionship service.

Over the coming months Home Care Preferred is pleased to announce it will be working in collaboration with Age UK Enfield to tackle loneliness in the elderly through a series of events and longer-running initiatives including befriending. If you would like to hear more about this, or want to dedicate some time to tackling loneliness please contact laura@homecarepreferred.com

To get involved and spread the word about the initiative tweet #happytochat and @JoCoxLoneliness and pledge your support for The Jo Cox Commission on Loneliness.