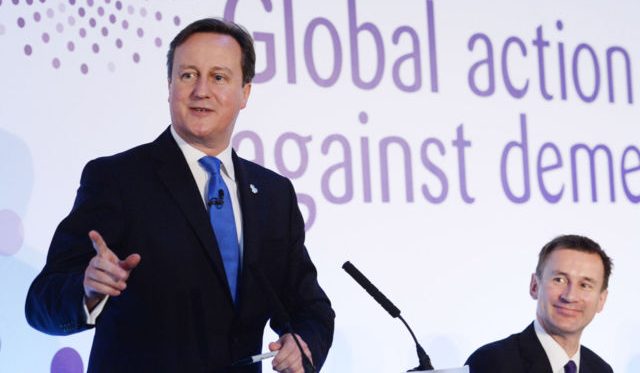 David Cameron has called for more funding for dementia, as he was announced as the new president of Alzheimer’s Research UK.

The former prime minister said there should be a more open discussion around dementia, which must not be written off as “an inevitability of later life”.

Writing in The Times he said dementia funding was too far behind cancer research and stroke research.

He quit as prime minister and then left Parliament after the EU referendum.

He has already taken on a role with the National Citizen Service.

On his latest position, Mr Cameron said: “We must win the battle for priorities.

“Cancer research and stroke research deserve all their funding – but dementia shouldn’t be so far behind.”

He added: “Dementia steals people’s lives, turns their relationships upside down, destroys their hopes and dreams.

“We owe it to them, their families and their carers to find a solution.”

The former Witney MP said he was “delighted” at his new job, adding: “Dementia is not inevitable and research is our greatest weapon against it.” 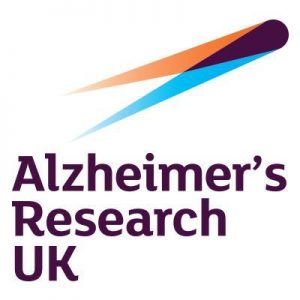 Mr Cameron’s full statement regarding his new position as President of Alzheimer’s Research UK can be read below:

It was the end of the week that I resigned as Prime Minister. I was in my constituency, visiting a care home. A woman with dementia, who was surrounded by her loving family, grabbed my hand and stared into my eyes. As I looked back at her I could see she didn’t know either where she was, or who was sitting with her.

That moment brought home to me, once again, the desperate sadness of this debilitating condition. And while I didn’t know then what role I could play outside No10 to help with the fight, I knew it was something that I wanted to do.

Dementia steals people’s lives, turns their relationships upside down, destroys their hopes and dreams. We owe it to them, their families and their carers to find a solution. That is why I launched the Prime Minister’s Dementia Challenge in 2012. And that is why today I am joining Alzheimer’s Research UK as the charity’s President, so that I can continue the work I began in government focusing on this life-shattering illness.

I am a huge admirer of the work of Alzheimer’s Research UK. This ambitious charity is driving medical research to fight this devastating condition. They are uniquely placed at the intersection between the first-class academic research that is being driven by our great universities, and our cutting-edge pharmaceutical industry, which is best equipped to drive and deliver real world treatments. From this vantage point the most promising ideas from academia can be identified and their potential realised through industry-sponsored drug discovery. It’s a model that offers the best hope for turning a scientific idea into a life-changing treatment.

But it’s not going to be easy. I believe there are four great battles we need to win – and that is where I want to help.

The first is the battle to win a deeper public understanding. Over recent years, we have seen a gradual shift in society’s attitudes towards dementia: once hidden in the shadows, today diseases like Alzheimer’s are talked about in public more than ever before. But if the level of awareness is higher, a deeper understanding across society is still needed, with too many of us writing off dementia as an inevitability of later life – a natural condition of ageing – rather than being caused by diseases of the brain that we can and will overcome with the right medical research. Just as we did in the past with diseases like cancer and HIV, today we need to educate, inform and talk more – and more frankly – about dementia.

Second, we must win the battle of priorities. Cancer research and stroke research deserve all their funding – but dementia shouldn’t be so far behind. After all, dementia remains one of our greatest health challenges. Currently 850,000 people are living with dementia, and we now know that each year in the UK, the condition is responsible for 360,000 years of life lost. The condition leaves millions heartbroken across the country – whether they are battling it themselves or, as family and friends, caring for a loved-one.

Which leads to the third battle: winning continued support for scientific research that must be properly funded and promoted. Britain is in a great place to do this. Today, more scientists are working on dementia and there has been a renewed determination to catalyse world-class research as part of a truly global effort. I’m delighted that this focus on dementia continues under the present Government, with the creation of the UK Dementia Research Institute – signalling a clear statement of intent to the world to continue that effort for the long-term.

And this leads to the final battle: ensuring we work internationally to demonstrate that this is a global challenge that we will only beat by working together. Yes, our UK university and science base are world class, but if we are to confront dementia once and for all, we all need to pull together on a global basis. Alzheimer’s Research UK is leading the way, working with institutions across the world to fund vital research focused on preventing and delaying Alzheimer’s and improving the quality of life for those affected. The findings of this research will be made available to other scientists across the globe, helping everyone make progress faster.

When I launched the Prime Minister’s Dementia Challenge, I said combating the condition was a personal priority. I feel that more today than ever before, not least because dementia, both as a medical challenge and a societal issue, can still feel at times like it’s a generation behind cancer or heart disease. But the future is bright. We can take optimism from the ideas, drive and innovation in dementia research. And we can be confident that we can emulate the successes of other areas of health research to avoid the heartbreak of dementia for the next generation. It is a goal I look forward to championing in the years ahead.”