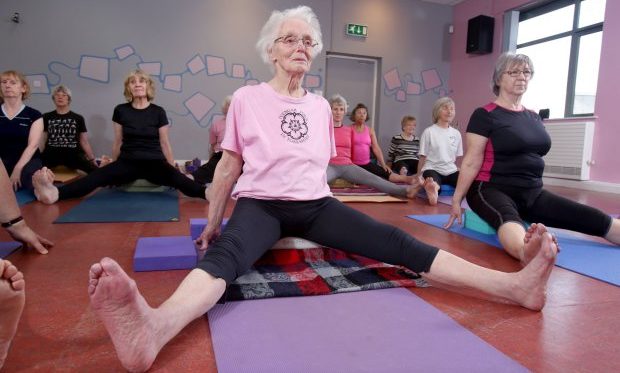 A sedentary lifestyle in older women ages their body cells, research suggests. It has been reported that women who have an inactive lifestyle have faster-ageing cells than women who exercise everyday.

Women who lead a sedentary lifestyle have faster-ageing cells than those who exercise every day, research suggests.

1,500 women aged 64 to 95 participated in research that found those who spent the majority of their day sitting and exercised for less than 40 minutes a day had cells that were biologically eight years older.

As people age, their cells age, causing DNA protectors to shorten and fray.

But health and lifestyle factors may speed up the process, researchers from California have revealed.

It is important to keep active and avoid sitting for more than 10 hours a day even in old age, researchers have stated.

During ageing, tiny caps on the ends of DNA strands naturally shorten.

These tips are there to prevent chromosomes from deteriorating.

Telomere (‘tip’) length is one indicator of biological age. However, this does not always match actual age.

Shortened DNA tips have been linked with an increased risk of cardiovascular disease, diabetes and major cancers.

How much regular exercise people do now also appears to be a factor in their length.

Those participating in the study wore an accelerometer on their right hip for one week, twenty four hours a day, to track their movements.

They were also asked to complete questionnaires on their activity.

The lead study author of the research, said: “We found that women who sat for longer did not have shorter telomere length if they exercised for at least 30 minutes a day.

“Discussions about the benefits of exercise should start when we are young, and physical activity should continue to be part of our daily lives as we get older, even at 80 years old.”

Untranslatably physical activity can become before difficult as you age. But, older adults are encouraged to break up long periods of sitting with light activity, such as a short walk, because in-active behaviour is considered a risk factor that can cause ill health.

Adults aged 65 or older who are generally fit and mobile should try to do:

Older adults at risk of falls, or with poor balance, should also do exercises to improve balance and co-ordination at least twice a week.