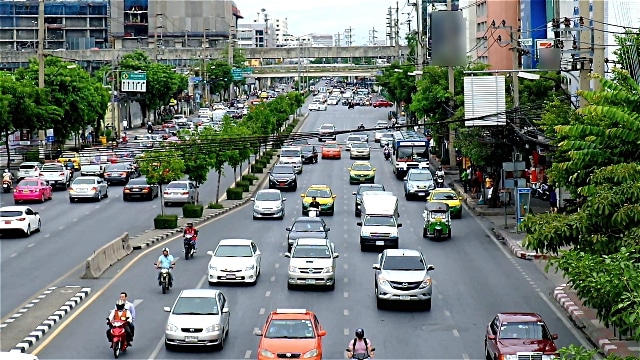 People living near a busy road have an increased risk of dementia, according to research published in the scientific journal The Lancet.

According to the study around one in 10 cases of Alzheimer’s in urban areas could be associated with living in close proximity to heavy traffic. It found that those who live closest to major roads were up to 12% more likely to receive a dementia diagnosis.

This conclusion came through tracking approximately 6.6 million people for more than 10 years. However, the study did not determine if pollution is directly detrimental to the brain; the increased risk in developing dementia could also be a collateral result of respiratory and cardiac problems caused by traffic fumes. It could also be due to other unhealthy life-style traits that are closely linked to living in a built up, urban environment.

A professor of old age psychiatry at University College London, who was not involved in the study, said: “We know that major road air pollution is bad for general health and this latest study doesn’t tell us whether the small increase in dementia risk is driven by indirect effects or whether proximity to traffic directly influences dementia pathology. Regardless of the route of causation, this study presents one more important reason why we must clean up the air in our cities.”

The research was conducted on adults between the ages of 20 and 85 living in the Canadian state of Ontario and ran from 2001 to 2012. A person’s proximity to main roads was established using postcodes and those involved had their medical records examined upon completion to establish who out of the cohort developed dementia, Parkinson’s disease or multiple sclerosis.

While there was no link found between living near a road and multiple sclerosis or Parkinson’s disease, dementia was found to be marginally more common in individuals living close to busy roads – the risk dropped off gradually in less built up locations. Those living within 50 metres of a busy road had a 7% higher risk in developing dementia, the risk was 4% higher rat 50-100 metres, 2% higher risk at 101-200 metres and there was no increase in risk in those living more than 200 metres away.

Those who lived in a major city within 50 metres of a major road and who did not move house for the duration of the study had the highest risk at 12%.

Factors that were also taken into account when collating results included wealth, education and other measures of social and health status. It has, however, been acknowledged that is was impossible to eliminate the possibility of  other confounding factors playing a part in the findings.

This study adds to a building body of evidence that highlights the health risks linked to air pollution, with many calling for it to be addressed at a parliamentary level.