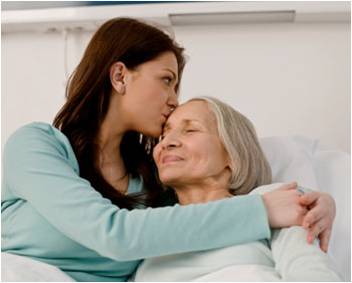 Dementia Leading Cause of Death in England & Wales

Alzheimer’s disease and other forms of dementia have replaced ischaemic heart disease as the leading cause of death in England and Wales for the first time.

According to the Office for National Statistics (ONS), 61,686 (11.6%) out of a total of 529,655 deaths registered in England and Wales were attributable to dementia last year.

Facts that have pushed dementia to the top of the list include an ageing population, better diagnosis and treatment advances for other illnesses and lifestyle improvements which have led to a decline in other diseases.

The mortality rate for dementia, which was the second leading cause of death for the previous four years, has more than doubled since 2010, while that of ischaemic heart disease declined sharply over the same period.

Martina Kane, senior policy officer at Alzheimer’s Society, said: “Today’s news that dementia and Alzheimer’s disease are the leading cause of death in England and Wales is a stark reminder that dementia remains a growing concern across the country. While the news represents improvements in diagnosis rates, general awareness and the accuracy of reporting, it also reflects that there are rising numbers of people with dementia.

“While there remains no cure for the condition, everyone who develops it will sadly still have the disease when they die. It is therefore essential that people have access to the right support and services to help them live well with dementia and that research into better care, treatments and eventually a cure remain high on the agenda.”

Hilary Evans, chief executive of Alzheimer’s Research UK, said the figures “call attention to the uncomfortable reality that currently, no-one survives a diagnosis of dementia”. He added: “With growing numbers of people living with dementia, we urgently need treatments that can stop or slow the diseases that drive this devastating condition.”

Elizabeth McLaren, from the vital statistics outputs branch at ONS, said: “In 2015, dementia and Alzheimer’s disease became the leading cause of death in part because people are simply living longer but also because of improved detection and diagnosis. An updating of the international rules for determining the underlying cause of death is also a factor, with the increase in cases attributed to these conditions accompanied by falls in other causes.”

Last year, the most common causes of death after dementia and ischaemic heart disease were cerebrovascular diseases, such as strokes, chronic lower respiratory diseases, including chronic obstructive pulmonary disease, and lung cancer.

If all cancers are grouped together, it was the most common cause of death, accounting for 27.9% of all deaths last year, compared with 26.2% caused by circulatory diseases, such as heart diseases and strokes.

You can help fight dementia and find a cure by supporting the pioneering research being carried out by Alzheimer’s Research UK. Take a look at their latest campaign here